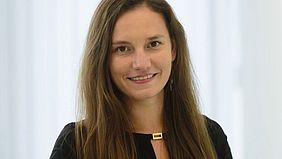 The course for organ health is set in the early embryo. For this finding, Prof. Elvira Mass, a scientist at the University of Bonn, receives the Paul Ehrlich and Ludwig Darmstaedter Prize for Young Researchers, which is endowed with 60,000 euros. In her research, she showed that specialized immune cells from the yolk sac accompany organ development and contribute to maintaining their health throughout life. For Elvira Mass, impaired function of these immune cells might cause many diseases.

Once a year, the Paul Ehrlich Foundation honors a young scientist for outstanding achievements in biomedicine. The prestigious prize is named after the physician and researcher Paul Ehrlich († August 1915) and the chemist Ludwig Darmstaedter († October 1927). This year, the choice fell on developmental biologist Prof. Elvira Mass from the Life and Medical Sciences Institute (LIMES) at the University of Bonn. Due to the coronavirus pandemic, the award ceremony traditionally held on March 14 in Frankfurt's Paulskirche will be postponed by one year.

"Elvira Mass's research has provided a completely new perspective on the role of cells of the innate immune system regulating embryonic development of tissues and organs," says Prof. Dr. Dr. h.c. Michael Hoch, Rector of the University of Bonn and supervisor of the doctoral thesis of Elvira Mass. “Her outstanding achievement is also reflected by fact that she has now won two of the most prestigious awards for junior researchers in Germany within a year. This is something she can be very proud of, and of course the University of Bonn as well.” Last year, Elvira Mass had already been awarded the Heinz Maier-Leibnitz Prize of the German Research Foundation.

Change in perspective when looking at the function of organs

For organs to stay healthy and functional, they must be constantly surveilled for abnormalities. Until a few years ago, it was believed that this task is performed by immune cells originating from the bone marrow. In a series of genetic labelling experiments, Mass has shown that these cells are mainly yolk sac-derived progenitor cells that migrate to the developing organs, where they immediately differentiate and self-maintain for a lifetime. These immune cells are referred to as tissue-resident macrophages and belong to our innate immune system. Their primary job is to scavenge anything that does not belong to a healthy organ. However, they also produce a broad range of bioactive molecules and growth factors, ensuring that tissues are not only ‘tidy’ but grow, develop, and function.

"With her high-level scientific work, Elvira has particularly enriched our understanding of the role of macrophages in brain development and function," emphasizes Prof. Dr. Waldemar Kolanus, Managing Director of the LIMES Institute at the University of Bonn. "Through skill and commitment, she very quickly established a high reputation in the life science scene at the University of Bonn, thus demonstrating real leadership qualities in her young years. We at the LIMES Institute congratulate her on this renewed, fantastic award," he says.

Experiments were stimulated by findings in patients

Elvira Mass's research also has implications for medicine, because organ-specific defects might be associated with malfunctioning tissue-resident macrophages originally derived from the yolk sac. Mass has provided evidence for the health-promoting function of resident macrophages in the mouse brain.

Her attempt to manipulate microglia, as the brain-specific macrophages are called, were stimulated by the findings in patients suffering from a rare form of cancer called histiocytosis. This cancer arises from mutated macrophages, which multiply out of control. Many patients suffering from histiocytoses eventually develop neurodegenerative symptoms or behavioral deficits. Mass introduced the mutation typical for histiocytosis specifically into yolk sac-derived tissue-resident macrophages of mice and followed the development of the animals. She found that the mutated microglia cells no longer carried out their traditional tasks but instead attacked and eliminated neurons in their vicinity. Eventually, this led to paralysis demonstrating that mutated microglia can cause neurodegeneration in mice.

In the future, Mass will investigate which environmental factors change the epigenetic imprinting of the yolk sac-derived tissue-resident macrophages and how these changes affect the health of organs. To this end, she will use a recently awarded "Starting Grant" from the European Research Council (1.5 million euros in funding) to study, among other things, the influence of nanoplastics on macrophages. Particles that are smaller than 500 nanometers enter the embryo's blood via the placenta and could potentially damage the supporting function of the tissue-resident macrophages.

Elvira Mass (34) studied biology at the University of Bonn and did her Ph.D thesis at the Life and Medical Sciences Institute (LIMES) in Bonn. In 2014, she moved to Frederic Geissmann's laboratory at King’s College in London and followed him a few months later to the Memorial Sloan-Kettering Cancer Center in New York. From there she returned to the LIMES Institute in 2017 as a group leader. In 2019, she became W2 Professor for "Integrated Immunology" at the University of Erlangen-Nuernberg. In 2020, she switched to a W2 / W3 professorship at the LIMES Institute. She is a steering committee member of the "ImmunoSensation2" Cluster of Excellence and the Life Science Network Bonn as well as a member of the Transdisciplinary Research Area "Life and Health" at the University of Bonn.