Because many people hardly notice their corona infection, cases go undetected. A study now quantifies the number of unreported cases for Munich during the first wave of infections. 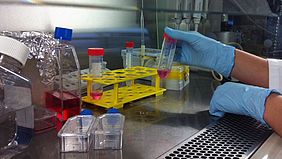 According to a current study, four times more people in Munich were infected with the corona virus than were recorded by June. This is the result of a large-scale antibody study by the Tropical Institute at the Ludwig Maximilians University Hospital (LMU) in Munich. A large part of the statistical analysis was carried out by AG Hasenauer from the LIMES Institute at the University of Bonn. Around 3,000 Munich households were selected as representative, but random, for the study. Blood samples were taken from those living there - provided they agreed and were older than 14 years. A test group of 5313 participants came together.

The study is representative of Munich and can at least give an impression of how the virus could have spread in other major German cities. The most important results at a glance:

A summary of the epidemiological results of the initial study and a summary of the laboratory methodology used for the initial study are now available. The texts are a description of the epidemiological results and the laboratory measurement techniques used by the Prospective COVID-19 Cohort Munich (KoCo19). This should explain the most important findings in an understandable way for everyone. Sometimes it is simplified and unnecessarily complicated details are omitted in order to make the context easier to understand. For further details we refer to the parallel scientific publications (in English), which will appear soon (probably in November).